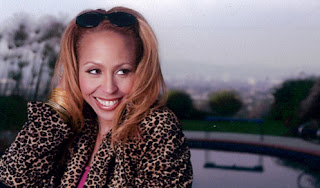 The first time I heard Vesta Williams' voice I had to be around 4 or 5 years old.  It was most likely on the radio one morning while my mother and I were getting ready for work and school.  WKYS (93.9) and WHUR (96.3) were the stations of choice then.  They played some of the best in classic and contemporary R&B/Soul music.  It was during this time, between 1986 and 1989, that I fell in love with Vesta's music, along with Phyllis Hyman, Miki Howard, Meli'sa Morgan, Regina Belle, Stephanie Mills, and Anita Baker.  During this period of R&B/Soul music, real vocalists still reigned supreme.  Though, we could see the glimmer of the industry's future with the rise of videos—where image began to be everything and talent became an after thought.  As we know, Vesta (along with the aforementioned powerhouse vocalists) had ample talent.  She could sing like nobody's business.  She said you have to be an actress to properly tell the story and convey the emotions of a song.  And what an actress Vesta Williams was.

At the age of 4 or 5, I probably couldn't verbalize or understand it completely but there was something about Vesta's voice that left me enraptured.  It spoke to me.  It captivated me...touched me.  It was similar to the feeling I get when listening to Chaka Khan (who was one of many artists Vesta sang backup for in her early years).  In terms of vocal characteristics, Vesta and Chaka Khan's voices were similar in terms of timbre, color, phrasing, and agility.  Not to mention the fiery, playful, seductive qualities of their voices.

Like the vocal greats before her, Vesta was a song stylist and interpreter.  When listening to her music, disbelief was suspended instantaneously.  There's no doubt that she knew and felt what she was singing about.  You weren't alive if you couldn't feel a Vesta tune, especially the ballads.  You felt Vesta's heartbreak and thought the guy that did her wrong was a creep after hearing "Once Bitten Twice Shy."  Because Vesta seemed like the type of woman who gave everything her all, you'd wonder why any guy would screw up after listening to the funky "Don't Blow A Good Thing."  You felt the longing and hope in Vesta's search for love on "Somebody For Me."  When Vesta gets to the chorus of "Congratulations," your heart sinks just thinking about the notion of the one you truly love getting married to someone else, and the growth it takes to be able to let them go.  And if real, true love was embodied in the form of songs, the tender "Sweet Sweet Love" and "Special" would be at the top of the list. 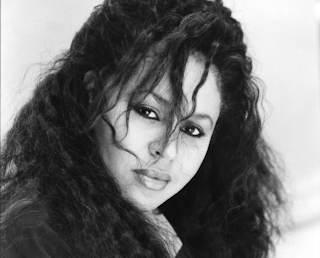 If you had the chance to see her perform live (in-person or videotaped), you could understand why other singers would be pissed or scared to perform after her.  She owned the stage, giving high-energy yet moving performances.  She could dance her ass off too.  Her video for the single "Do Ya" is proof of that.  Vesta was also a natural comedienne, which added to her charm and magnetic, addictive personality.  I have wonderful memories of watching her on The Arsenio Hall Show and BET's Video Soul (as she was a frequent guest on both), and losing it because she was so funny.  Her impersonations of Tina Turner and Chaka Khan (amongst others) were spot-on.  She'd also had memorable performances in the Mario Van Peebles film Posse (1993) and a recurring role on the TV sitcom Sister, Sister during the 1998-1999 season.  I'd always hoped to see her doing more on TV and in film.  Could you imagine if she'd had her own show?  It would've been sidesplitting.  For a time, Vesta was a radio personality and co-hosted a morning radio on KRNB, a Dallas/Fort Worth station.  Oh what joy it must've been hearing Vesta cut up on the radio in the morning! 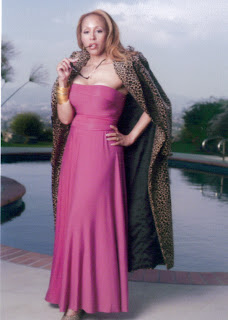 Vesta lent her horn-like, four-octave voice to TV theme songs for the ABC miniseries The Women Of Brewster Place and the UPN sitcom Malcolm and Eddie.  She also did jingles for a variety of brands such as Nike, Revlon, Diet Coke, and Exxon.  One of her infamous spots was a commercial for McDonald's where she sang with another vocal legend, Al Jarreau.  Trading rhythmic vocal lines, scats, back and forth—it was an event.  They sang their faces off!  The performance was so divine it made you want to go against your constitution and have a Big Mac (or two, or three, or four).

No matter what happened in her career, Vesta never strayed too far away from the music.  Between albums or periods when she wasn't signed to a label, she toured and went back to session singing--guesting on a number artists albums like George Duke, Phil Perry, Howard Hewitt and Najee.  Most notably, she appeared on the remix to Norman Brown's remake of SWV's "Rain."  The oft-requested tune was an instant favorite amongst fans.  The first time I heard the song was while I was on break from college.  I remember being pissed because the version of Norman Brown's album that we had, Celebration (2002), didn't have the remix with Vesta on it.  I rejoiced years later when I found this version of the song for sale on iTunes. 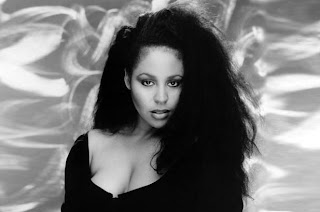 Image courtesy of the TVOne site.

Vesta was fighter.  Even when faced with challenges, she never gave up.  She dealt with record executives who didn't know what to do with her (A&M Records) and said they couldn't promote her because she was too fat.  This was typical at a time when executives were putting image over everything (as discussed previously).  The label eventually dropped her, but she continued performing and making music.  Vesta battled with an addiction to cocaine that she successfully conquered  in the 1990s.  Not too long after the release of her Everything-N-More album, Vesta lost 100 pounds (which she kept off).  She attributed her weight loss to changing her lifestyle (eating healthier and exercising more).  Her weight loss also inspired her to become an advocate for juvenile diabetes and childhood obesity. 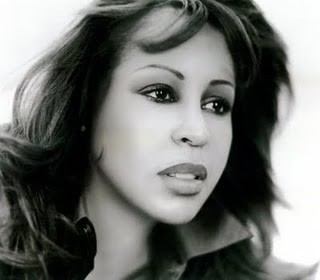 TVOne gave a fitting tribute to Vesta in January 2012 with an episode of its Unsung series.  It was one of the last projects she worked on before her passing.  I can't believe that as of September 22, 2012, it's been a year since her death.  I, like many others, miss her presence dearly.  Though she's no longer with us, there's joy in knowing her beautiful spirit and musical legacy will continue to enrich our lives and the lives of those who come after us.  Vesta's final album, Seven, was scheduled to be released in May 2012 via Bronx Bridge Entertainment.  Though there's been no updated information, there's still hope that Seven will see the light of day in late 2012/early 2013.  I'll be one of the many fans looking forward to its release.  I'm sure it will be another soulful chapter in Vesta's storied career.

Vesta was a multi-talented, multifaceted woman.  She exuded confidence and a belief in her herself and her talent that was inspiring.  There will never another like her.

Vesta—the dynamic diva who gave her all—may your soul rest in peace.

Posted by BuddahDesmond at 10:42 PM