Always in a jazzy mood, I thought I'd share a jazz performance I did at Twins Jazz in DC about two years ago.  This was part of the finale performance for a Jazz Vocal Workshop, led by the extraordinary Chris Grasso, I participated in for 8 weeks.  Backed by The Chris Grasso Trio, I sang "When Your Lover Is Gone," "Lush Life," and "Sometimes I'm Happy."

Posted by BuddahDesmond at 3:28 PM No comments: 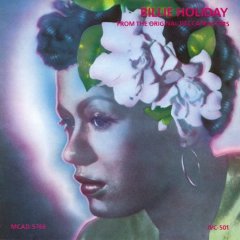 I had to be about 11 or 12 when I discovered the the Original Decca Masters Billie Holiday compilation album.  My mother and I were at my grandmother's house for the weekend.  I was on the search for some good music.  For this, I could always depend on my grandmother's collection of cassette tapes, LPs, and CDs.  She had music from the 1930s up to present day.  Around this time I was really digging jazz.  Much to my delight, I came across this Billie Holiday album.  I remember my mouth was agape upon seeing the album cover.  I was floored by Billie Holiday's beauty.  She had to be one of the most stunning women I'd ever seen.  Couldn't say I'd heard (or remembered hearing) much of her music at the time.  So you know I was dying to put the CD in for a spin.  I don't think anything could've prepared me for the experience. 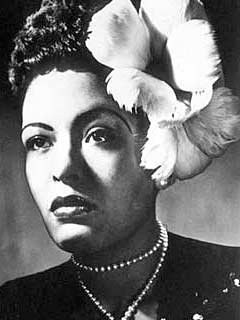 The Original Decca Masters album changed my life.  After one listening, my whole perspective about music had changed.  My appreciation and love for music grew exponentially.  As a music fanatic, singer, and lyricist (even then), it widened my interests and expanded my knowledge.  After hearing Billie Holiday's voice I knew why she was considered one of the best vocalists ever.  The timbre of her voice, the way she'd bend notes and sing behind the beat, her sense of rhythm, swing, timing, and phrasing--she had it all (and then some).  In her voice I could hear the influences of her favorite singers, Louis "Satchmo" Armstrong and Bessie Smith.  Yet her style was extraordinarily distinct.  From her (and a few other vocalists), I learned how to truly get inside of a song and make it believable.  With Billie Holiday, there was no doubt that she knew what she was singing about it.  She felt it.  And you, as a listener, couldn't help but feel it too. 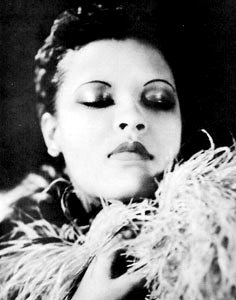 Image courtesy of the More Than Just Wine blog.

In remembering Billie Holiday and her voice, singer Annie Ross said, "There's a whole life in that voice."  Listen to songs like "Solitude," "You're My Thrill," "Good Bless The Child," "Keeps On Rainin'," "Ain't Nobody's Business If I Do," "Lover Man (Where Can He Be)," and "Good Morning Heartache" and that life unveils itself.  In fact, you'll be able to glean something new and different each time you listen to her music.  This is why Holiday, Ella Fitzgerald, and Sarah Vaughan (amongst others) remain the blueprint for song (of any genre), period. 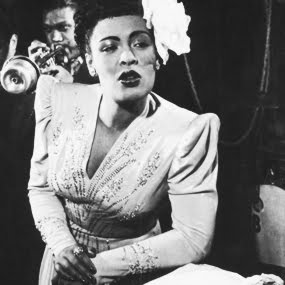 After hearing the Original Decca Masters album, I devoured as much as I could about Billie Holiday.  Books, documentaries, videos, music, you name it.  She was one of the best and I committed myself to learning as much about her as I could.  I thought it sad her passing so early.  But the richness of the legacy she left behind is eternal.  Her influence is limitless, boundless.  Billie Holiday will forever be one of my favorite vocalists.


Posted by BuddahDesmond at 8:17 PM No comments:


Finally, the full video of my reading as part of the head/heart/soul poetry event from OutWrite 2012.  The following poems were recited: "Prevail," "Gone Too Soon," "Tonight," "Power of Love: A Contemporary Aside," "Luther Is Love," "Past, Present, Future," "Everyday Drugs," and "Politicking."  These poems are featured in Prevail: Poems on Life, Love, and Politics. 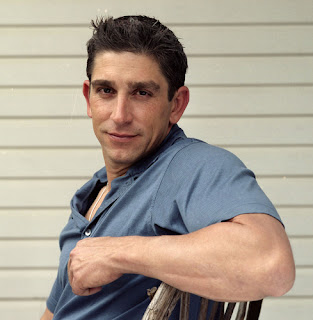 Richard Blanco made history on Monday, January 21, 2013 by being the first Latino (Cuban American), openly gay, and youngest inaugural poet.  Blanco, also a Civil Engineer and teacher, got into writing poetry later in life.  In an interview on the PBS News Hour, Blanco says, "...after I graduated from engineering, I started, as I say, doodling around with poetry, fooling around with poetry, then went to a creative writing course at a community college, at Miami-Dade Community College. And then the one thing led to another. And as they say, the rest is history."


We head home: through the gloss of rain or weight
of snow, or the plum blush of dusk, but always—home,
always under one sky, our sky. And always one moon
like a silent drum tapping on every rooftop
and every window, of one country—all of us—
facing the stars
hope—a new constellation
waiting for us to map it,
waiting for us to name it—together.
~ Richard Blanco, "One Today" (2013)

Blanco's work is noted for its descriptiveness, beautiful imagery, and its discussion of identity, culture, inclusion, and place in society.  His inaugural poem "One Today," is one of unity and highlights the connection that we Americans share.  Regardless of background, class, religion, sexual orientation, education, race, ethnicity, we're all in this together.  We must not let the often underhanded and divisive tactics of political, social, and religious figures and organizations paint a different picture.  We are one.  And Blanco's "One Today," is a beautiful example of this and the ties that bind us together.

Greetings all! Here's the latest round of weekly musings:

Posted by BuddahDesmond at 5:09 PM No comments:

It's Not That Serious (from Prevail)