The DL Chronicles Returns is Another Triumph for Gossett and LeNear 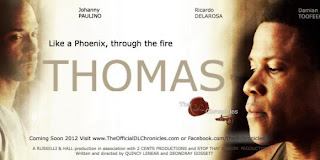 
The DL Chronicles Returns premiered to a packed theatre at DC's Navy Memorial.  Fans have been anticipating the return of this groundbreaking film series for a few years.  The DL Chronicles made history when it appeared on Here! TV, as it was the first television series to the depict stories about gay and bisexual men of color living on the DL (down-low).  Winner of the 2008 GLAAD Media Award for "Outstanding Television Movie or Mini-Series," The DL Chronicles was heralded by critics and fans alike for painting realistic portraits that challenged the notions and stereotypes of the DL phenomenon.


The screening began with the The Chadwick Journals.  Originally released in late 2011, The Chadwick Journals is a four-part web miniseries which "centers on The DL Chronicles' narrator, Chadwick Williams, in the beginning of his research into men who lead double lives" (2 Cents Productions). Aside from providing deeper insights into the lives of men of color on the DL, this winsome miniseries unveils the painful motivation behind Williams' research (which will ultimately lead to his healing and that of many others).


Promptly following The Chadwick Journals was The DL Chronicles Returns: Episode Thomas.  Episode Thomas is the story of a man "who has not experienced love in a way he truly desires. After a tragic, life-changing event, he falls in love with someone who's come to assist him" (MUSED).  Not to give too much away, Thomas' brooding outlook soon changes once he embraces his truth, opens up, and allows real, unconditional love to come into his life.  Gabriel Arthur Corbin (as Thomas), Johanny Paulino, DeLaRosa Rivera, and Damien Toofeek Raven (as Chadwick Williams) all star in the film. 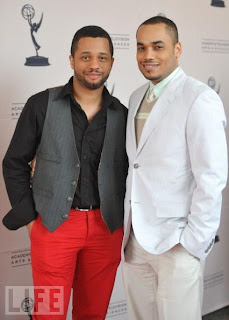 
Beautifully shot and directed, The DL Chronicles Returns: Episode Thomas is exemplary.  The writing, acting, and quality of the production continue to set Gossett and LeNear apart from their peers.  This factor was consistently praised by members of the audience during the Q & A which followed the screening.  The Q &A was facilitated by the engaging, spirited, funny, and legendary Rayceen Pendarvis.  Pendarvis called Gossett and LeNear leaders, and commended them for being authentic and letting their light shine.

Gossett and LeNear are empowering themselves and our community by using their art to tell our stories.  Ours are stories that are rarely acknowledged or praised.  Make no mistake—our lives, our voices, our truth have value.  As Pendarvis said, "Everyone needs to see [The DL Chronicles Returns] because our stories are so worthy!"