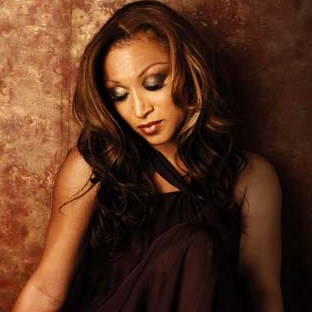 In late July, my partner and I had the pleasure of seeing Chanté Moore live at The Howard Theatre (in DC).  She’s an artist we’ve both loved since the very beginning.  I remember seeing and hearing her for the first time in El DeBarge’s video for “You Know What I Like” (1991).  I wondered, “Who is this beautiful chanteuse and when will a full-length album be available for purchase?”  The following year, we were blessed with the release of her classic debut album Precious.  I think I can speak for all her fans by saying we haven’t been the same since!

Moore’s live show, like her albums, showcased her versatility and flexibility as a singer, songwriter, and entertainer.  Moore’s music has always been an aurally satisfying mix of R&B/Soul, Jazz, Gospel, Latin, Hip-Hop, Dance, and Pop.  If you weren’t blown away by her ease in this regard on record, then you certainly would be after this live performance.  Moore’s show was a nice mix of her hits, fan favorites, and remakes.  It effectively showcased her soulful, sultry, multi-octave vocal range (which has remained in superb shape over the last 20+ years).  She began the show with a rousing rendition of Beyoncé’s “End of Time” from 4 (2011).  Her performance made a statement of not only her love for all types of music (past or present), but her dynamism as a performer and her willingness to takes risks.  (Her selection of this song also shows that even she knew how hit-worthy “End of Time” was…Too bad Beyoncé’s label did not release it as a single.)  From “End of Time,” Moore went right into the hits and fan favorites starting with “This Time,” “Love’s Taken Over,” and “I Wanna Love (Like That Again).”

Moore changed the mood of the show by doing a sexy medley of slow jams including “Do For You” (from her 2008 album Love The Woman), “Precious,” and “Finding My Way Back To You.”  During this segment of the show, Moore sang to and danced seductively around and with a lucky gentleman whom she selected from the audience to sit on stage.  Moore also took requests from the audience and sang them acapella, further proof of her talent and artistry.  Some of these songs included “Listen To My Song,” “I’m What You Need,” and “Candlelight & You.”  Moore paid homage to R&B/Soul legends Cheryl Lynn, Anita Baker, and the Gap Band with a stellar medley of “Got To Be Real,” “Sweet Love,” and “Yearning For Your Love.”

Other highlights of the show included a spine-tingling reading of “As If We Never Met,” “Bitter,” and her opus “It’s Alright,” which brought the house to its feet.  Moore took us to higher ground during the latter half of “It’s Alright,” by singing in her angelic, stratospheric, Riperton-esque upper (whistle) register.  The rhythm and phrasing of her singing became chant-like.  She dug deeper and deeper into her soul—taking us along on a spiritual journey.  It seemed with a single performance she had transcended time and space with her voice.  There were very few dry eyes in the house (even Moore had to take a moment, as she was so enraptured by emotion from catching the spirit).  She closed the show with a moving gospel tune and her anthem (and biggest hit to date) “Chante’s Got A Man.”  She received a well-deserved standing ovation at the end of the show.  Moore performed a one-song encore as an appreciation to her fans with a spirited version of Tina Turner’s “Simply The Best.”

Moore had excellent rapport with the audience.  She took the time to talk to the audience (and I mean really talk to the audience).  She spoke about the inspiration for her music, love and relationships, lessons she’s learned, and the reception of her music in later years.  She was in great spirits and it was clear that she was having a good time (and wasn’t taking herself too seriously).  Much to our delight, Moore announced that she was working on a new album and that it would be released very soon.  It’s been four years since the release of her last album.  While it was one of her most consistent efforts, it received little fanfare.  Hopefully that won’t be the case with the next album.  With performances like the one she gave at The Howard Theatre, she should be adorned with an onslaught of much-deserved, long overdue acclaim.

Posted by BuddahDesmond at 3:34 AM